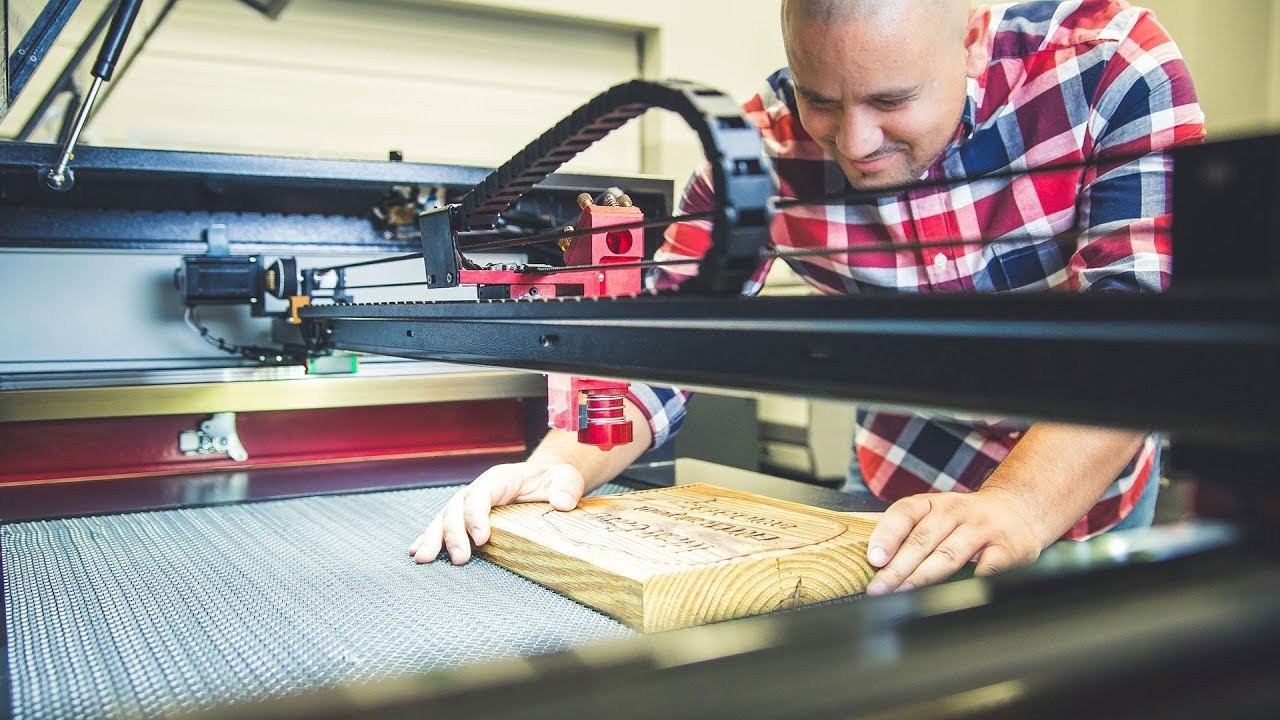 A few years ago, Abbott Arms founder and certified gunsmith, Chris Abbott, was making the painful decision of turning away business. He knew something had to change. That’s when Chris decided to buy a laser. He was already outsourcing his custom firearms projects to other laser shops, so why not do it himself? So, in late 2014 Abbott Arms acquired their first laser from Boss Laser.

“My first engraving was a gun stock. A Henry rifle to be exact,” Chris told us. This would be the first of many projects that he would undertake with his new Boss LS-1630. This machine would be capable of custom etching the various materials such as wood, anodized aluminum and polymer that Abbott Arms commonly worked with. Business would steadily grow for Chris and his North Carolina based company. “I knew the laser would help grow my business,” Chris continues, “but it really made a difference in 2015 when the stainless steel cups exploded on the scene.”

Since then, Chris has fulfilled thousands of orders for some of the

most recognizable companies in the United States. This led to the purchase of a second machine from Boss Laser, only 11 months after the first one. This time Chris purchased an FM-50 watt desktop fiber laser. The FM-50 is powered by a pulsed ytterbium fiber laser. This machine is capable of engraving with depth into metals such as aluminum and steel. This depth is required for serial numbers and other markings that used to identify firearms.“The fiber laser allowed me to start manufacturing guns. There are

“The fiber laser allowed me to start manufacturing guns. There are

certain regulations that must be followed when marking firearms. I considered stamping for this application but the fiber laser offered much more flexibility to help me provide many different services,” says the successful entrepreneur. “The FM is very quick and great for mass production. Right now I am fulfilling an order for 50,000 belt buckles. Each belt buckle only takes 9 seconds to engrave.”

Thanks to owning two Boss Laser machines, Abbott Arms is able to offer a wide

range of services to their customers such as personalizing firearms, custom engraving on various materials, making metal business cards, and many more. Customers have traveled from as far as Maryland to Chris’s shop in North Carolina just to have something engraved while they wait.

What’s next for Chris? “Right now we are looking at expanding into a new facility that will allow us to run more equipment and setup large scale manufacturing. Lasers have opened the door for us to so many opportunities.”

You can check out the same machines that Chris bought here and see the many other applications available for these lasers. You can also schedule an in-person demo at our headquarters in Sanford, Florida !